Chopta Valley and its surroundings in Garhwal Himalayan region is extremely good for birding. The only apprehension we had was due to the recent disaster (June 2013) was not sure how much habitat was lost for the winged friends.

Our journey began along with call from masood husain , an hyderabad based birder and his friends from hyderabad and banglore on 3 April 2015. The repairs on the roads was in full swing as by the first week of May, the Badrinath-Kedarnath yatra would be commencing. Drove for about eight hours (220km) and reached Ukhimath (Approx elevation 4300 ft) before evening set in.

En-route the landscape was stunning, the forests were dense, meadows so green, flocks of birds, innumerable river confluences having shades of green and emerald, mosses hanging from the trees. We kept sighting varieties of birds including the Thrushes, White-throated Needletail and stopping enroute to watch them hop and fly.

The most common is the Blue-whistling Thrush, virtually seen at every water source.

After a good evening breakfast we started exploring the surrounding area, managed to contact the hotel owner as here hotels are basic and network issue is common, The moment we reach there it was very cloudy and weather was very bad .

We decided to roam around for some landscape and checking bird activity . 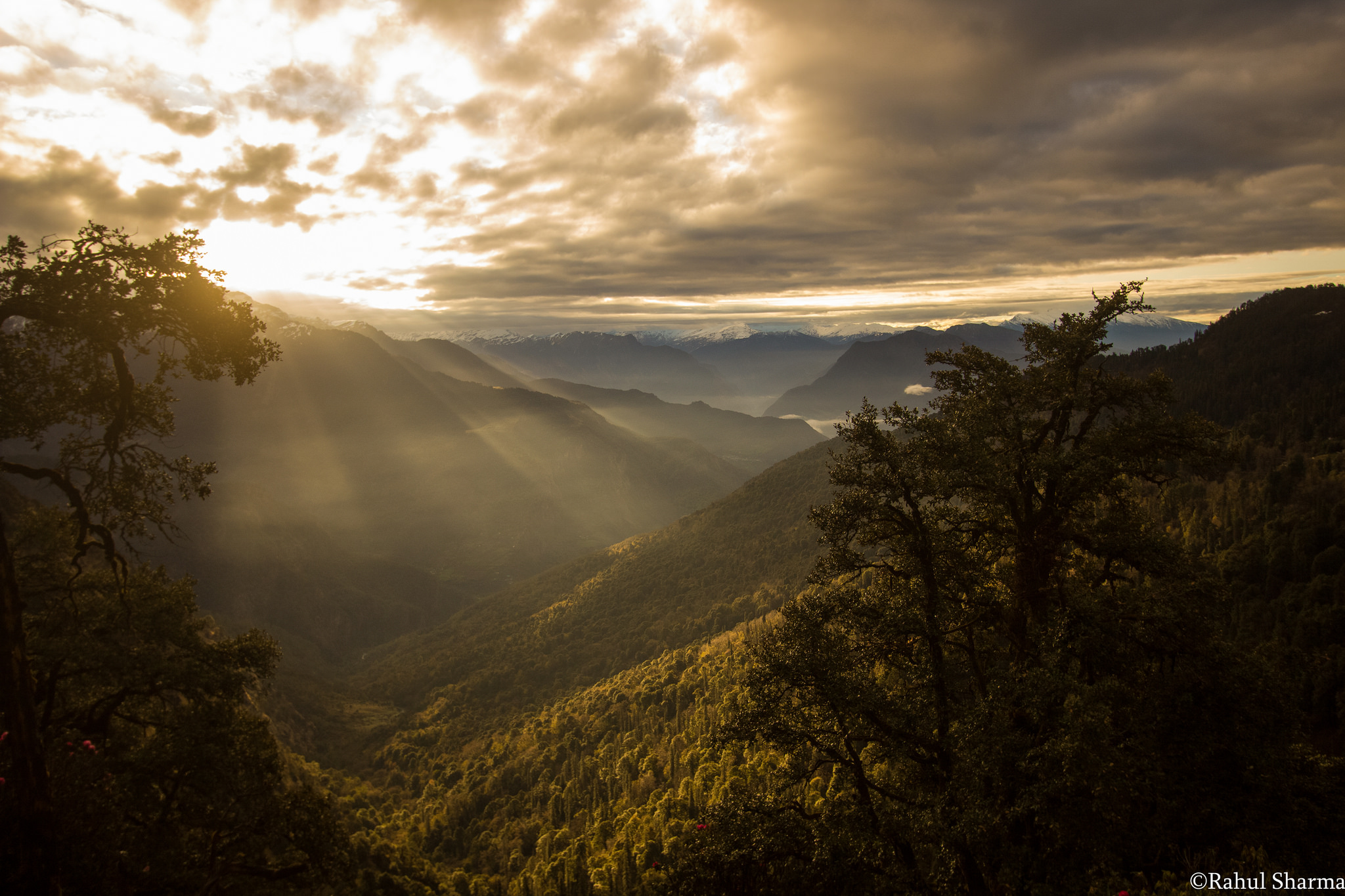 The next day after a super breakfast drove towards Sari (approx – 1hr) and then walked about 2km to Deoria Tal also spelled as Devariya. (Approx elevation 7900 ft). Devariyatal is sure the best place to view the Himalayan. While we kept trekking, were having a great time watching species of birds we had never seen.

Soon we saw a flock of Himalayan griffons hovering over the valley. The place was serene and far from the madding crowd’s. To our luck we were the only ones who camped there for the night. It started to get cloudy as we walked around this small lake and sighted two pairs of Greater Cormorants, Northern Pintail, a few more Thrushes, Jays, Sun-birds and Woodpeckers. By early evening it seemed quite dark and we could not move into the thick and dense forest around the lake.

As the night fell, the climate changed drastically and it rained with hail, thunder and lighting. All we did was had our supper in the tent and got cozy into our sleeping bags. We were told a few mammals come in the night to quench their thirst. Being chilly, all could do was hear the calls of Owl, Nightjar and a few which we were new to .Did not realise, when we had dozed off, only to wake up early morning to the chirps of birds. A large flock of Dark-throated thrush and Woodpeckers were seen along with thrushes, Sunbirds, Tits.

We had two options either to trek from Devariyatal to Baniyakund (Chopta Valley) or drive till Baniyakund. It had rained quite heavy in the night so decided to take it easy. After breakfast drove from Sari into Chopta. (Approx elevation 9900 ft). 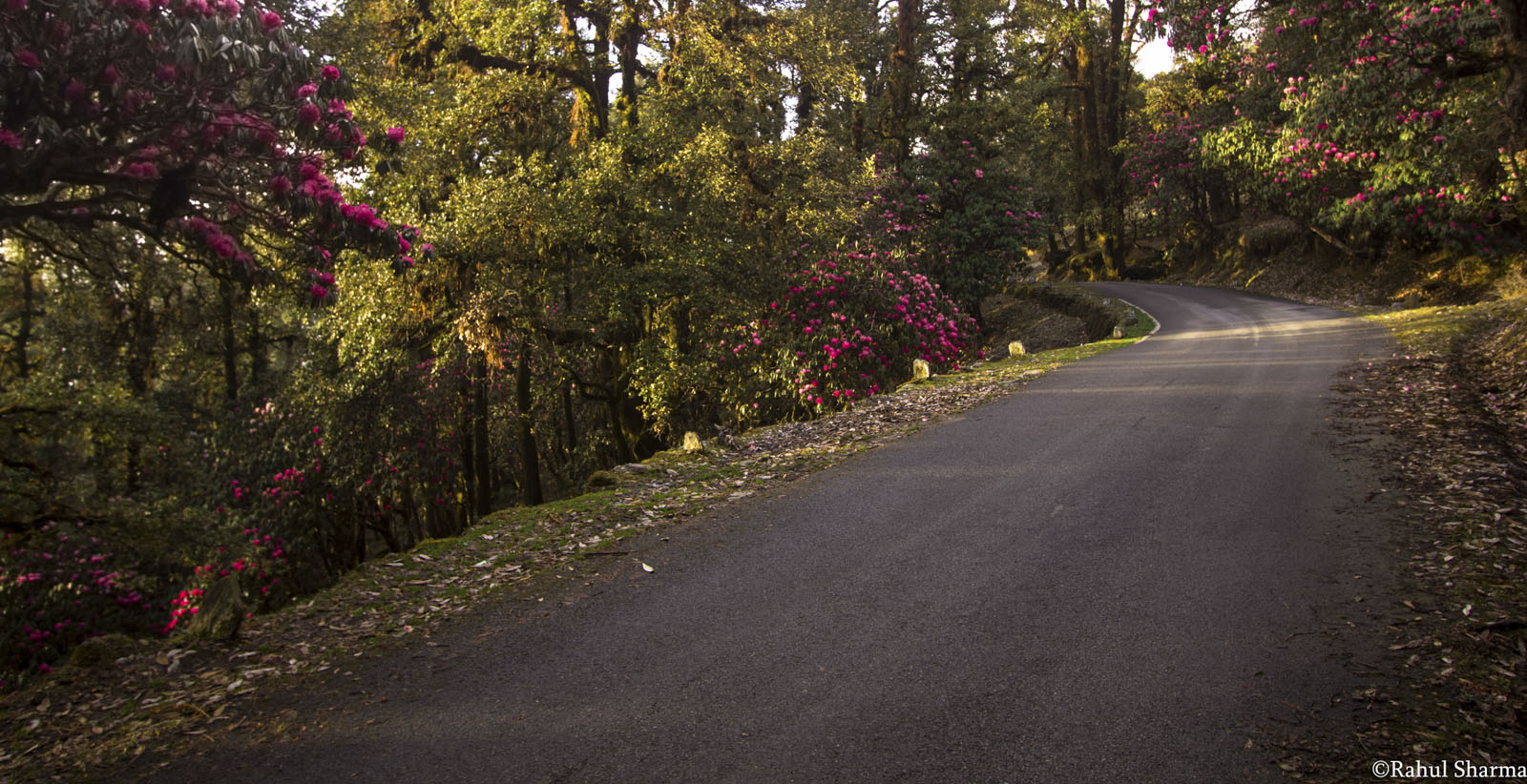 It was almost evening and we started to move around the valley, the mission for the evening was sighting the Himalayan Monal. We moved as silently as possible as were aware the bird is very shy and sensitive. As we moved into up into the valley could see snow along the cliffs and sighted an awesome rock climber, a near threatened species – Himalyan Tahr. Maybe, we weren’t quite enough and had scared it, who soon joined the herd waiting a little higher. we were lucky to click around 17 individual monals in full trip ., with few very close sightings . 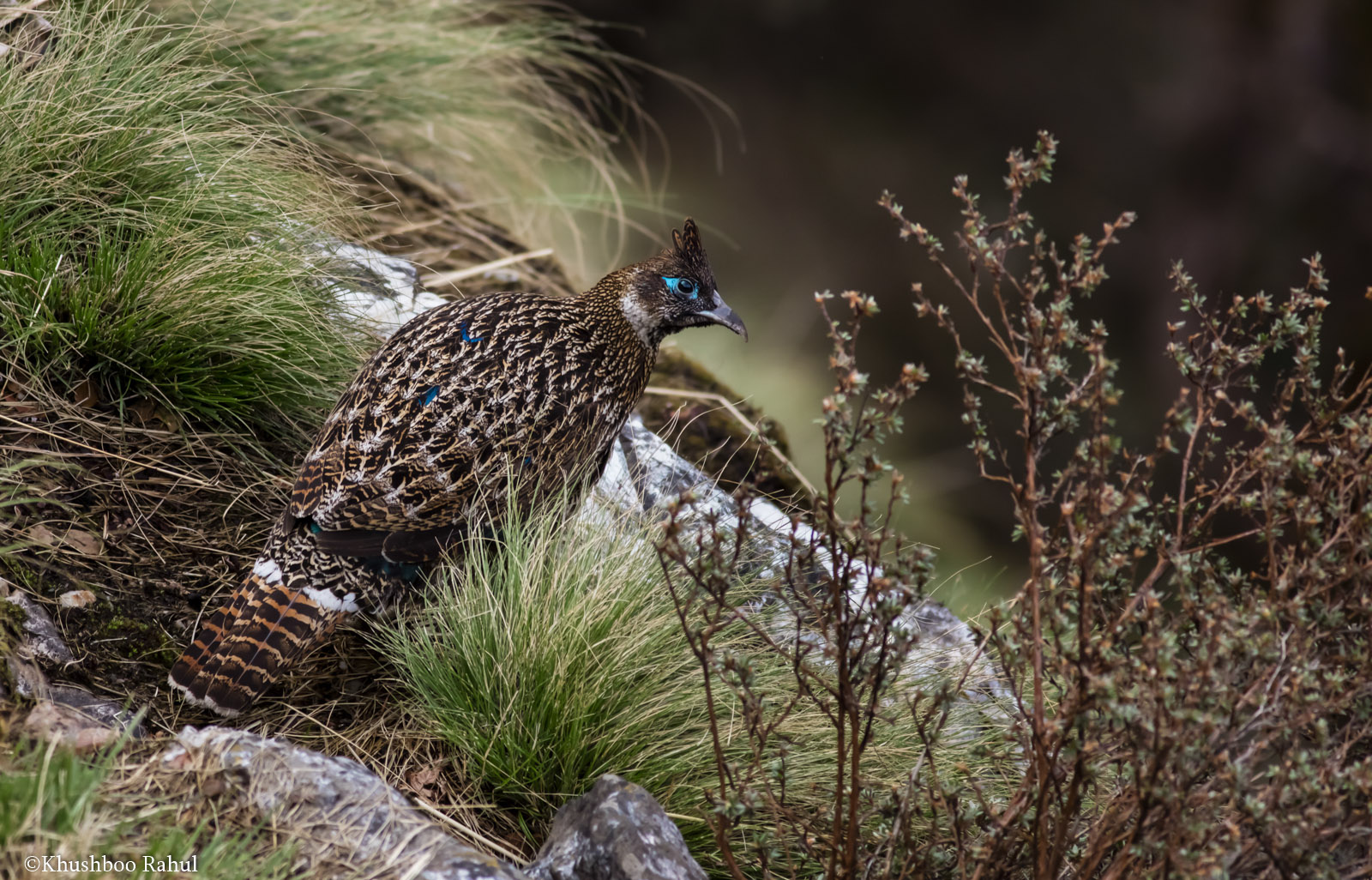 No sooner they noticed us, started to move fast. Click…click… we went and managed to get a couple of frames (in high ISO). We kept moving hoping to sight the Koklass Pheasant, but in vain. But we felt good as we had sighted the Monal atleast.

Returned to the base camp, where hot soup and dinner was waiting for us. During the trip we had the moon shining on us, making star trial photography difficult. So simply took some slow frame shots.

Early morning, we took a stroll around the meadows next to the camp sight. The place had so many bird calls by 6am. However, noticed the birds were too small and too shy. On slight movement of ours, they would fly to distant trees. We did manage to sight and identify the different redstarts, woodpeckers, thrushes. As always a few warblers which we will need to ID later.
(see bottom for the complete list)

Today morning was nice and have planned to trek towards Tungnath which is at an elevation of about 12100 ft. Tungnath (believed to be 1000 years old) the highest Shiva temple in the world and is one of the five and the highest Panch Kedar temples, all charged up as we had a new mission for the day sighting the Snow Partridge.

We were aware its a 3-4kms trek to the top and another one km to reach Chandrasilla. The trek is well paved, though at some stretches the climb is very steep. Soon we were taking off the extra layers of clothing as it was getting warmer. Mid-way we sighted almost half a dozen Monals (all females), flycatchers, whistling thrush, warblers. The sun was shinning bright and soon entered the area where it seems it had snowed recently. 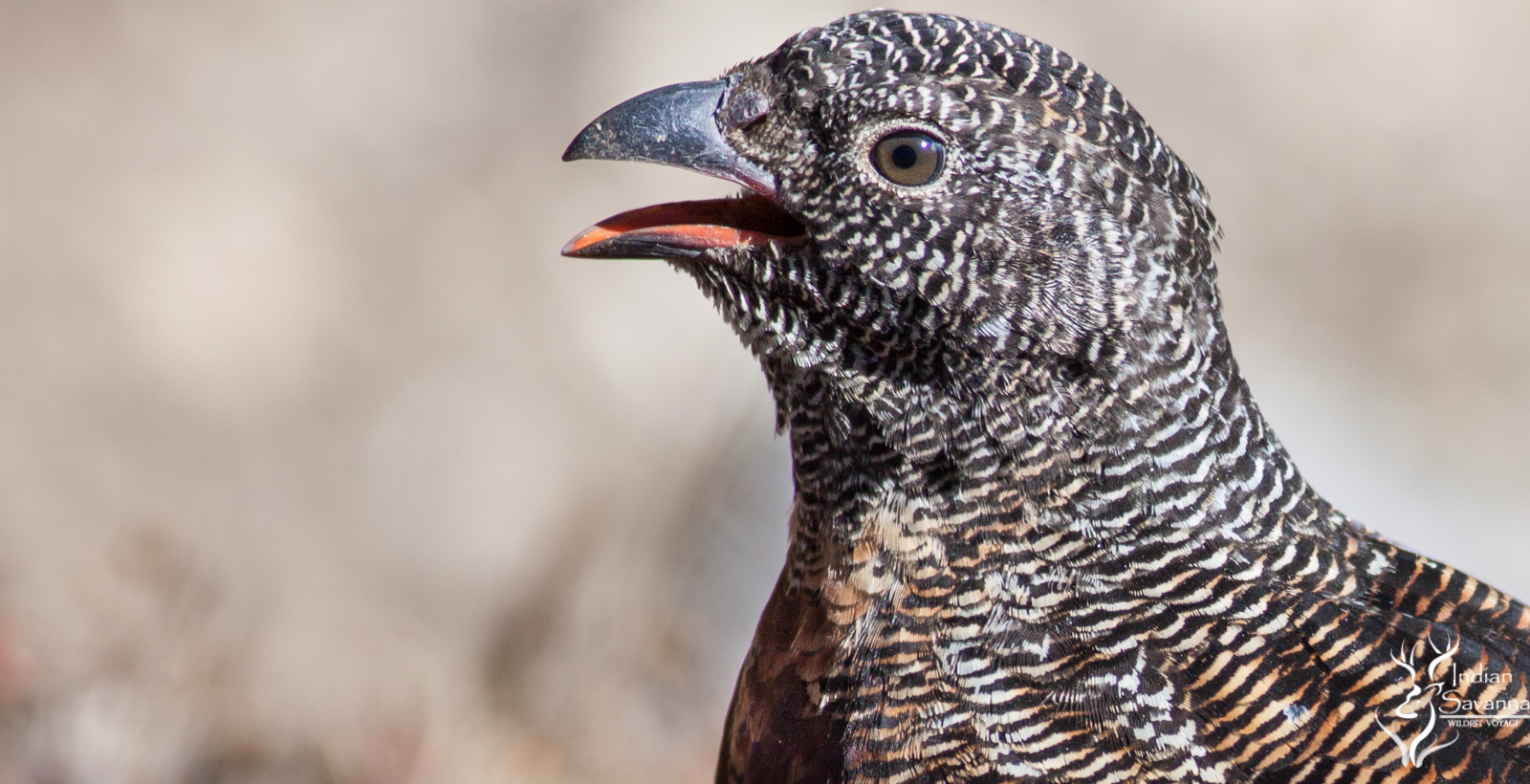 We looked frantically and planned to return as it was getting colder, our boots were not totally snow proof. While we were around Tungnath sighted the Golden Eagle, Griffons, Lammergeier, Red-billed Chough.

We had decided to turn back from Tungnath itself, as the snow was too heavy and couldn’t have completed the last one kms stretch to Chandrasilla, surely missed seeing the highest peak in India called the Nanda Devi.

Stopped by a deserted shrine to have the packed lunch we had carried. Due to the heavy snow, not a single shop/tea stall was open. In fact they were all submerged under layers of snow. While we were munching, Rahul sighted a small bird, looked more like a Alpine Accentor to us. 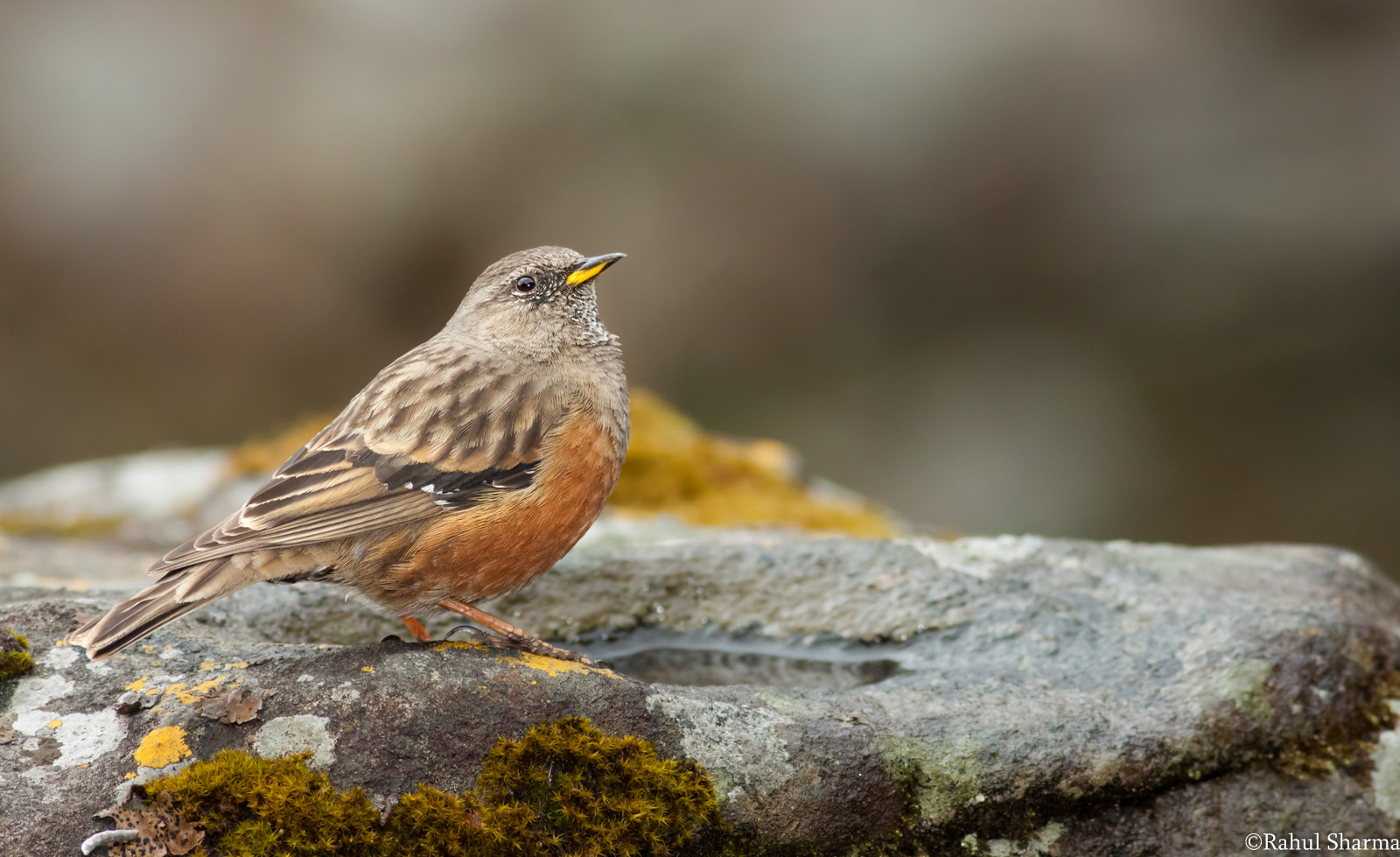 As always Khushboo’s Hawk eyes sighted some movement in the rocky patch around the Alpine Accentor. Yes… there were two pairs of snow partridges. Slowly we started to climb towards them with absolute caution. Standing in knee deep snow and watching them through the lens and otherwise was a delight. They also felt comfortable and kept foraging. 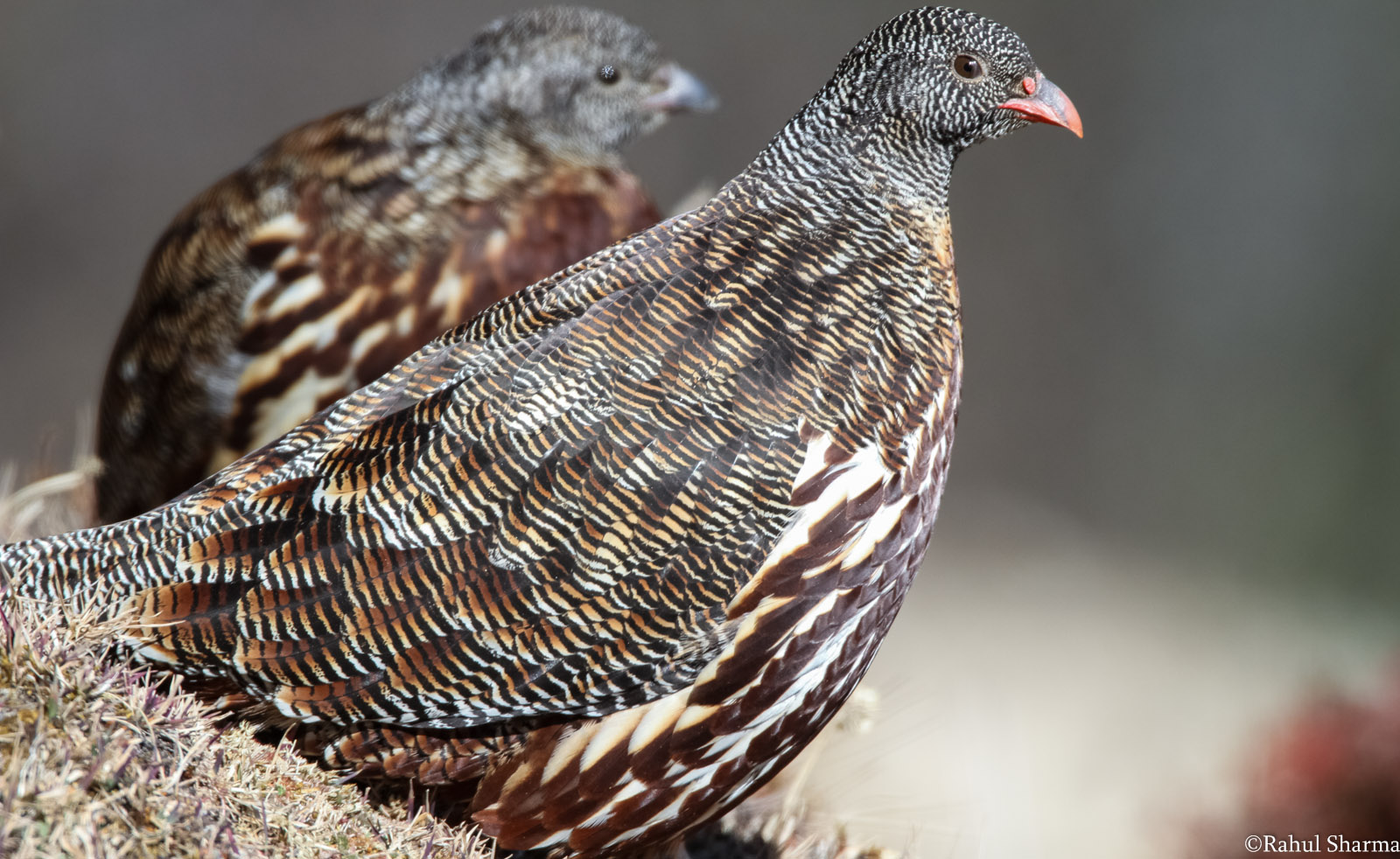 Breakfast and we set off with our cameras and binoculars to Mandal, which is located in Chamoli district, east of Chandrasilla mountain to see more varieties of birds in this area that can be seen at lower altitudes. (Approx elevation 5900 ft)
Enroute birding is always fun. This deodar forest is very dense and full of birds. Here we sighted the Magpies, Parakeets and loads of Bulbuls.

We did explore Anusuya Devi area for more birding. Anusuya Devi temple is situated deep inside the forest full of birds, Langoors and Goral’s. There are few very beautiful waterfalls in the route, where we sighted the Brown Dipper, Redstarts and Forktails.

The day later we traveled towards Rudraprayag. (Approx elevation 2900 ft) Stayed in a resort overlooking the river. Sighted birds like the Barbets, Yuhia, Treepies, Oriental White-eyes and thrushes.
It was we were birding, even when we closed our eyes would see beaks and wings. After a 10 hours drive reached sattal. Stayed in the Hotel and relaxed ourselves. 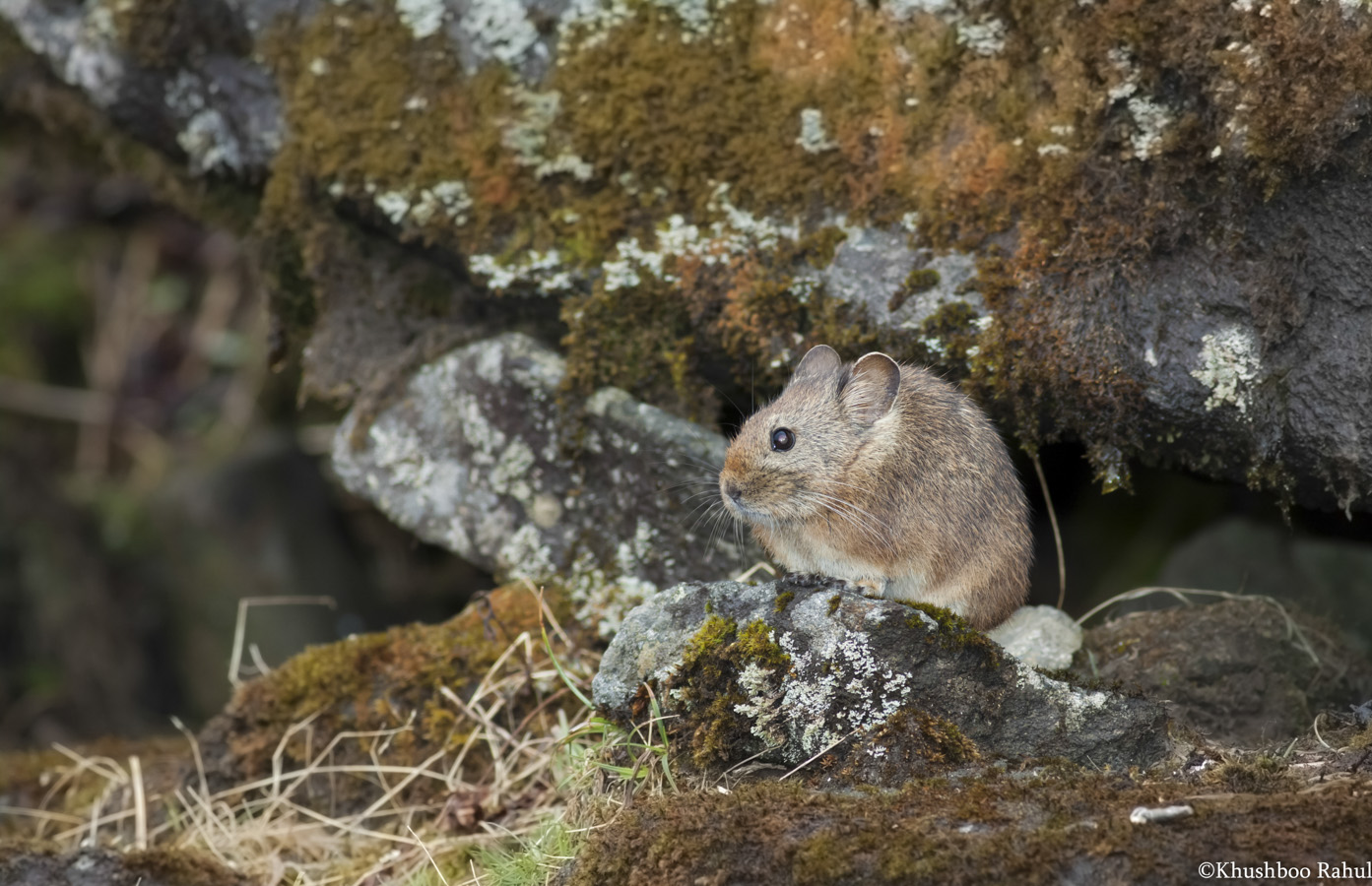 The checklist of birds has been compiled for the area of study as below, along with the height from sea level.

All meters in approx elevation

This was our one of the 18th Successful trip to Chopta region till July 2017 .

Mr Nainesh from Gujrat and Masood Hussain From Hyderabad .

ALL FOR THIS ONE SHOT….2700 meters above mean sea level, 15 hours of driving, a few kilometres of trekking,…